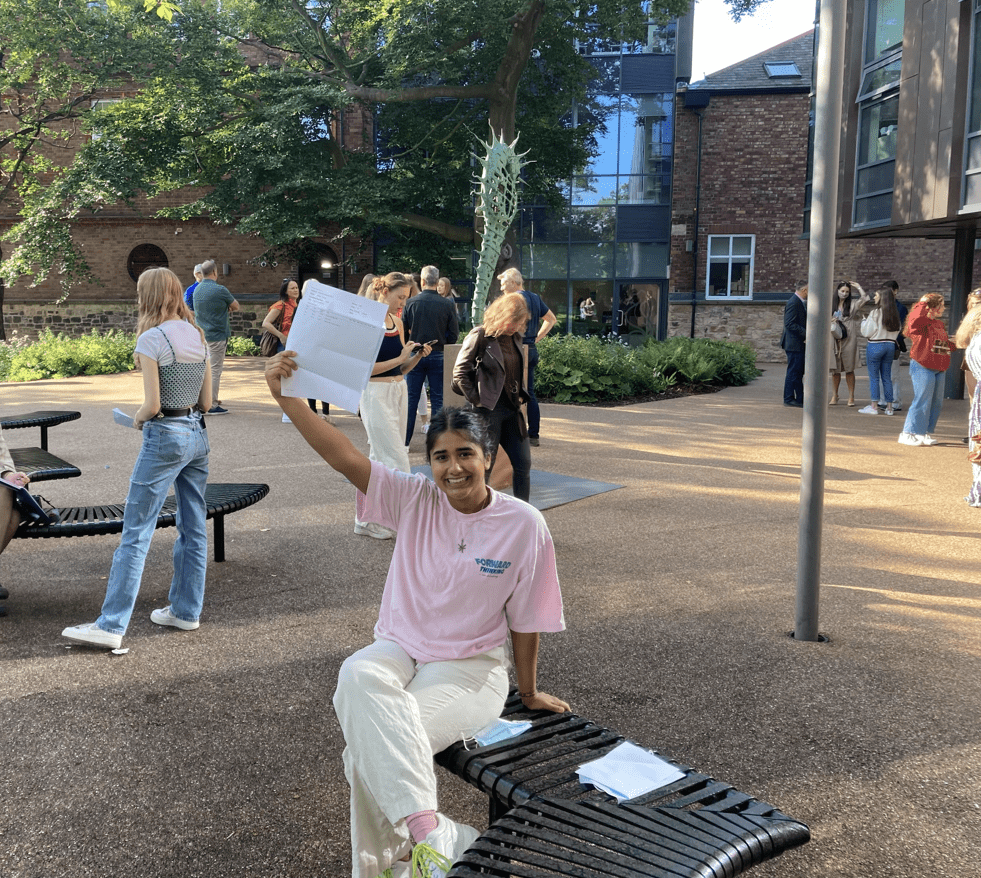 Performing, whether it is acting, dancing or singing, has been a huge passion throughout her time at school for Deputy Head Girl Maya Torres, so it’s no surprise that she will be continuing to develop her skills in Acting at the Leeds Conservatoire from September.

As well as winning a much coveted place at drama school, Maya also has collected two A*s in Spanish and Dance and an A in History at A Level, meaning that she ends her school career at NHSG on a high.

Reacting to the news of the results Maya said: “I am feeling shocked – it’s so easy to catastrophise, and obviously the pressure was off in many ways because I had already confirmed my place at Leeds Conservatoire, but obviously I still wanted to do well.  I feel really proud to be able to complete school with these results.”

Alongside coping with the challenges of Covid-19 throughout the past 18 months, Maya has had the added responsibility of being one of the Head Girl Team at NHSG and playing a role in helping the other girls in the school cope during these unprecedented times.  Maya said:

“It’s been a lot of pressure to be part of the Head Girl Team particularly during this time, but it has also been a source of motivation.  I have had a front line view of how hard everyone has been working so it has motivated me too.”

When talking about a career in acting, Maya added:

Initially I had always considered that my interest in Acting would be a hobby and wasn’t sure if it was a viable career, but as I got older I have been able to explore the options and in the future I am hoping to have the opportunity to perform in other people’s work as well as creating my own work – really whatever it takes to pay my rent!”