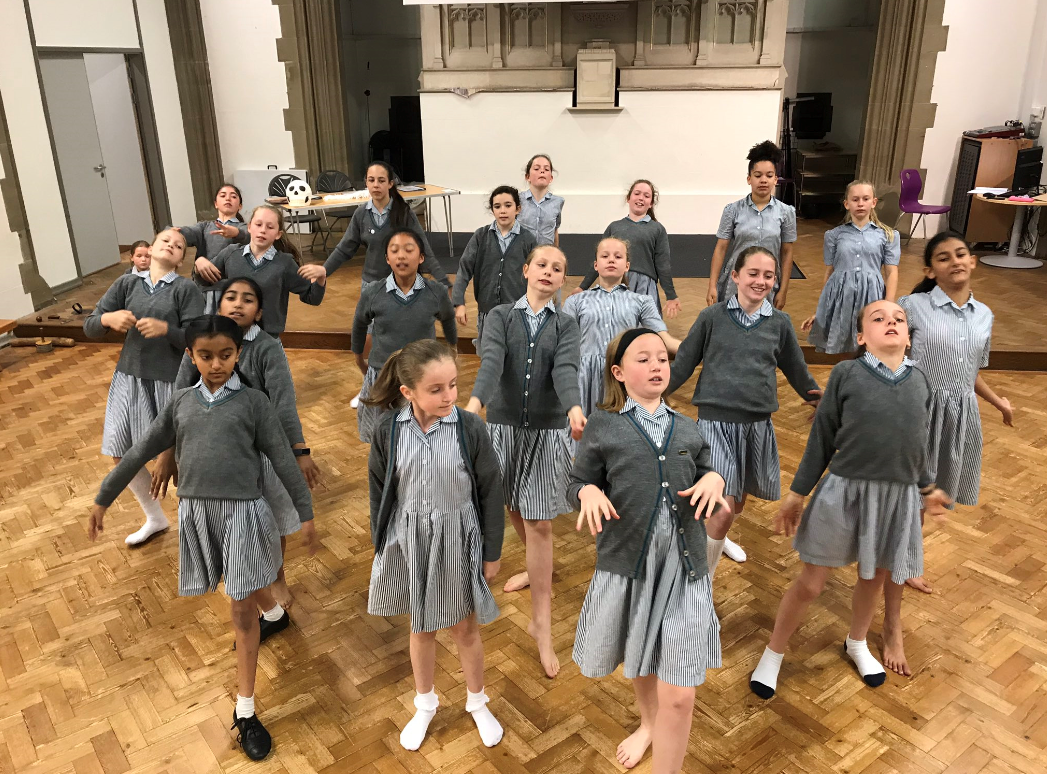 A Shakespearean farewell from Year 6

After weeks of rehearsals and prop making, Year 6 were finally ready to present their play to an audience of friends and family, a comedy biopic of William Shakespeare. This was their final assembly at Junior School as they will be leaving Chapman House to begin
Year 7 after the Summer.

The play, set in Stratford-upon-Avon, opened with a young Shakespeare railing against scathing reviews of his latest play, before jumping to London several years later and at the height of his fame. During the production, the girls learnt about the building (and rebuilding, thanks to a misfired canon during a production of Henry VIII) of The Globe Theatre, the Tudor tradition of girls’ roles being played by young boys, the superstitions surrounding ‘the Scottish play’ as well as Shakespeare’s ambiguous legacy to Anne Hathaway of his second best bed.

After a riotous show, we can all agree the idea of women not being allowed on stage was not one we agree with! Really well done girls, we know that you will take your infectious smiles and energy all the way through Senior School too.

Good luck and our very best wishes for the next exciting stage in your educational journey. We’ll continue to see your progress and watch you grow into amazing young women.