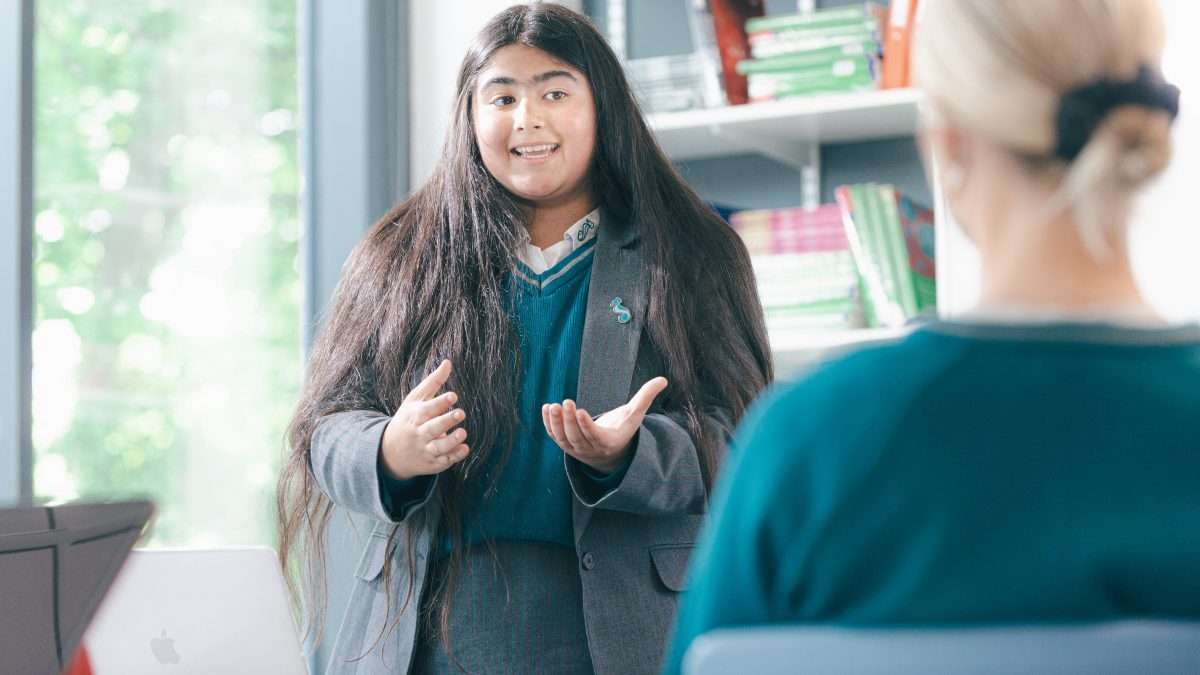 NHSG girls are redefining the meaning of leadership

At NHSG we empower girls to be leaders, trailblazers and world shapers – so it’s only right that we listen to their views on what true leadership really means.

Long gone are the days when leadership was measured simply by salary and organisational hierarchy. In fact, a major new survey from the Girls’ Day School Trust (GDST), of which NHSG is a member, demonstrates that girls see leadership as being able to make a difference to the world and being happy – with one Sixth Form respondent saying ‘there’s no point in calling yourself successful if you can reach the top level in your job, but you just aren’t happy.’

In fact, almost a decade ago in 2014, a Forbes article ran with the headline ‘millennials work for purpose, not pay check’ – and that seems to be a trend that Generation Z are continuing to embody.

Two thirds of respondents to GDST’s survey said they wanted a career that would enable them to make a difference to society. Of course salary is important – particularly in today’s cost of living crisis – and 75% of respondents acknowledged that they wanted a job that ‘pays well’ too.

But passion alone is not enough for success, and girls need to feel confident enough to pursue the careers that will give them the best opportunity to effect change and therefore garner the professional satisfaction they crave.

In fact, GDST survey respondents were more likely to feel confident in maintaining and defending their own beliefs during challenging discussions – so there’s no wonder we saw so much positivity in our Sixth Form cohort this summer as they headed off to study at their chosen universities, with students such as Emma acknowledging her school debating experience and passion for feminism in her decision to study politics at Edinburgh.

This is testament to the impact of an all-girl education, specifically its empowerment of girls to learn without limits and be whoever they want to be – something we have long championed at NHSG.

“Attending an all girl school encourages girls to be confident and take up leadership roles without questioning themselves.” Sanya, Year 9, NHSG

True leadership is not about fitting into the constructs that society has created – but about challenging those constructs. Debating the norm, breaking down barriers and re-shaping our response to the world. That’s where we believe NHSG girls are going to make a real difference – because they’ve never had to deal with gender stereotyping within the school environment, and as such have had the freedom to always be themselves – so they leave us with palpable self-belief. They are not merely aspiring to do well in a male dominated world, they aspire to approach society’s problems in their own way and with their own brand of leadership.

“I wouldn’t have taken STEM subjects for A Level in a mixed school as I would have been in the minority.” Elizabeth, Year 13, NHSG

We are still fighting for gender equality in the wider world, and our emerging female leaders will not only tip the scales in its favour, they will also be the shining light for those whose confidence has been stifled due to stereotypes and inequality.

As the only GDST member school in the North East, we’re proud of these new survey results that demonstrate the impressive confidence and self-belief our pupils clearly have.