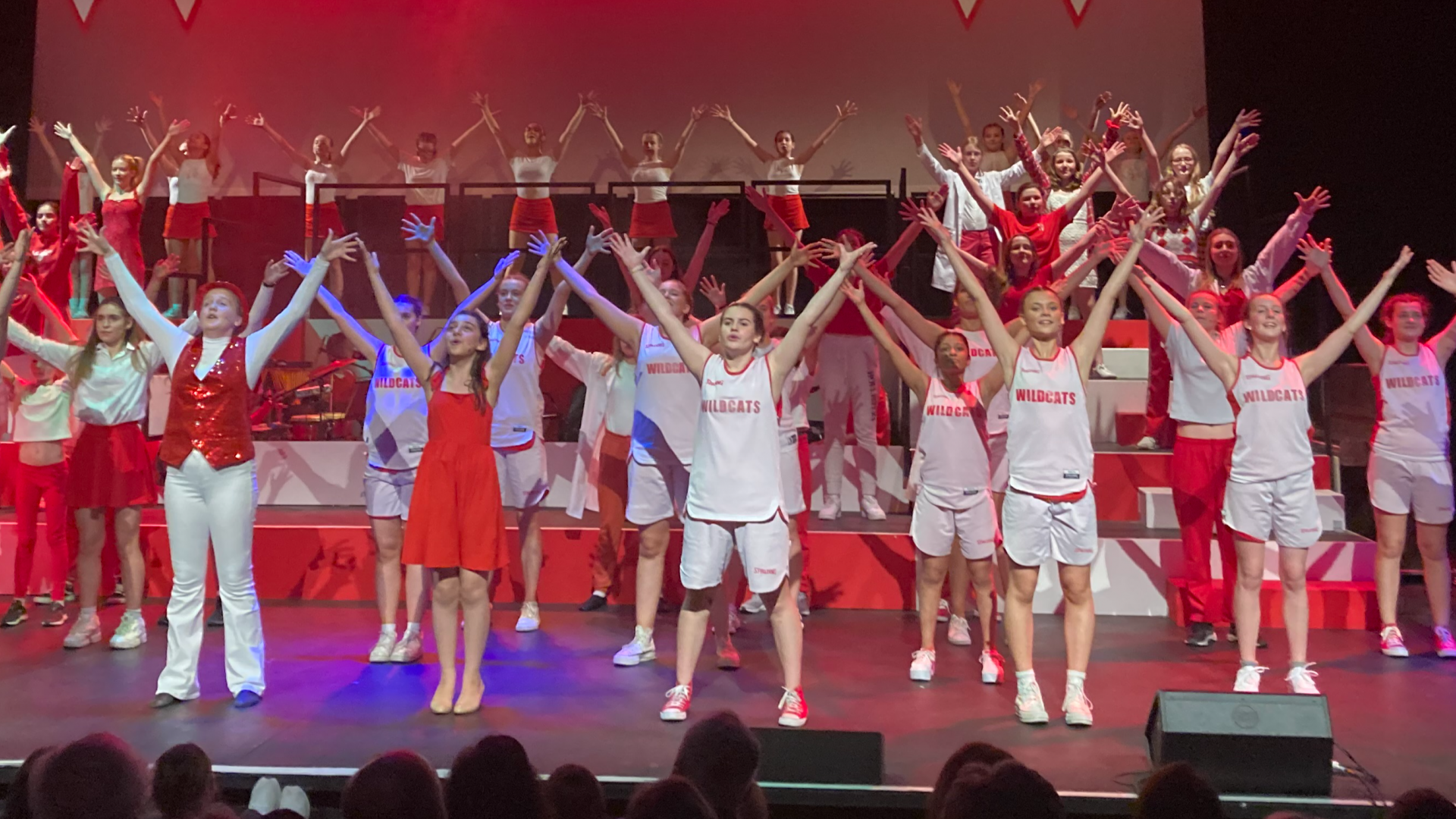 We’re All In This Together!

The talented Performing Arts pupils of Newcastle High were thrilled to return to the bright lights of the big stage for four staggering shows of High School Musical on Thursday 3rd February – Saturday 5th February. High School Musical (HSM) at Newcastle's Northern Stage was NHSG's first major production since Grease which took place in early January 2020 at school, just before Covid struck. Time away from Musicals made our school community appreciate it all the more and High School Musical, with its fast-paced, feel-good energy, proved to be the perfect choice to get the audience back into the spirit of live entertainment. The story follows two high school students, Troy Bolton, captain of East High School’s basketball team, nicknamed the Wildcats, and Gabriella Montez, a shy top student. Both of them try out for the lead roles in their school’s musical (and quickly fall in love in the process) despite the lack of support from the rest of their classmates, one of them being Sharpay Evans and her brother sidekick Ryan.

Over 75 pupils from different Year Groups in Senior School worked together to produce the spectacular show resulting in two equally brilliant casts: Team Tiger and Team Lion. Families and friends flooded to the Northern Stage for the four performances in Northern Stage's main 450 seat auditorium and had the pleasure of watching the pupils sing and dance to their hearts' content…Something that Zoom could never recreate!

Mrs Dobson, Head of Drama and Director of HSM, had her reservations about this Disney-based musical comedy until she remembered just how catchy the uplifting numbers were and the power they have in bringing everyone together. "On the surface it may seem like an easy, cheesy little show but this has been one of our most challenging musicals to date! Not a day goes by when one of us isn't singing as we walk down the corridor. It may not be Ibsen but it is a tale about friendship and being true to yourself. What's so bad about that?"

We look forward to NHSG's next theatrical triumph with great anticipation.