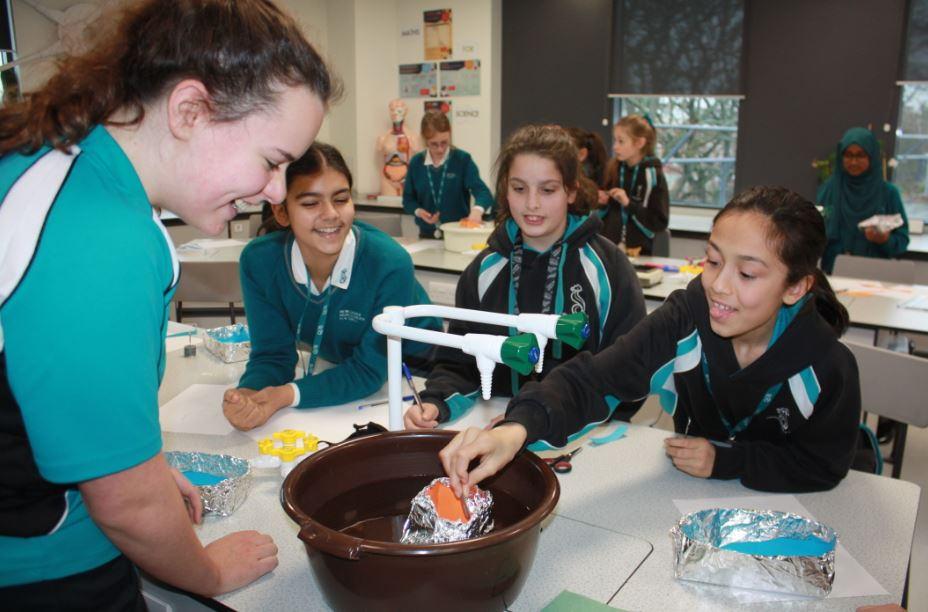 On Thursday 3rd December, Year 7 spent their lunchtime as Marine Engineers. They enjoyed a live virtual session delivered by a STEM Coordinator from the Marine Society and Sea Cadets and learned all about density and the Archimedes principle which states that the upward buoyant force that is exerted on a body immersed in a fluid, whether fully or partially, is proportional to the weight of the fluid that the body displaces.

The girls were introduced to the engineering design cycle and then put their knowledge into practice as they planned their own design for a cargo boat. Then it was time to bring their designs to life. The girls had great fun building their boats to specific dimensions from card, tape and foil and there was some fantastic variation in the resulting vestles. Next it was time to test their boats to see whose could hold the most mass. The excitement in the room was tangible and the girls were delighted to find that their boats, constructed from such fragile materials, floated (well, most of them!) and could withstand a great weight. In many cases we ran out of masses to sink the ship because the designs were so robust!

Sink or float, we all had a great time designing and testing our creations and Year 7 proved that they have all the potential to become magnificent Marine Engineers in future.